Well I tried to tell you so (yes I did),

But I guess you didn't know,
As the saddest story goes,
Baby, now I got the flow,
'Cause I know it from the start,
Baby, when you broke my heart,
That I had to come again,
And show you that I'm with.

As the lyrics say, by the man himself, Mark Morrison "I had to come again,And show you that I'm with"

Having spectacularly failed to keep to my diet program at the first attempt, I'm going for it again. 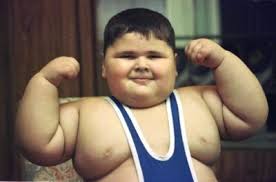 Maybe this time I'll actually partake of some exercise as well... 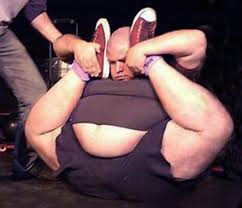 You can find the latest diet patches here:

Well I hope it all works out this time...or I could end up like this guy...

Diet Day 30 - And so the #World Cup is over! My wife is very happy and my days of overeating, smoking and drinking copious amounts are over (for the time being!)

Having spent the last 6 weeks or so eating and drinking to my hearts content I STILL remain under 14 Stones. I even forgot to use the patch a couple of times! So now it begins, my summer of sense and sensibility. I'll be keeping the blog up to date and reporting my progress as I attempt the sub 13 Stone challenge! Hmmmm.....#dietman

Stage 1 was to fix the child seat to my (no longer) cool city bike. See ya later! :) Any questions drop us a line - here

eBay for a living: how to trade successfully online

Who doesn't dream of quitting the daily grind and turning their favourite hobby or passion into a flourishing business? Online marketplaces have sprung up to make this a possibility – and they are part of the reason why record numbers of people are working from home.

There have been some standout successes, such as Sophia Amoruso, the 30-year-old founder of the Nasty Gal fashion brand, worth a reported £60m after starting her business in 2006 as a small-time eBay seller selling vintage clothes.

EBay is the market leader: more than 200,000 businesses trade through eBay in Britain, in addition to millions of private sellers, with an estimated £6bn of sales processed each year. But other markets are growing fast, including Etsy and Not on the High Street, giving small businesses access to a wide – often international – marketplace. Many of those hoping to profit from online marketplaces are over-50s, seeking either to change direction after a career elsewhere or to supplement their pension income.

Alastair Clegg, chief executive of the Prince's Initiative for Mature Enterprise (Prime), said: "Going online can bring significant benefits for entrepreneurial over-50s, and is an efficient mechanism for reaching a wider audience and improving sales for relatively little outlay. Older people are not shying away from the opportunities the internet presents, proving they are as dynamic and insightful as any other age group."

John and Gill Hewitt sat down with a whiteboard and £2,000 start-up funds nine years ago and wrote down ideas for their next career move. "We were both working in corporations – Gill worked for Kraft Foods and I worked for telecoms businesses," said Mr Hewitt, 58. "We decided we needed a change."

The pair planned to sell household appliances, pet products and baby clothes online and a friend recommended eBay. They started trading in 2005, initially selling household items after they moved house.

"We soon realised we needed to specialise to cross-sell, so someone buying a screwdriver will also need screws, for example," Mr Hewitt said. "Then the recession hit and we thought people would rely more on DIY and home improvements. So we narrowed down to tools and hardware."

In May the company hit total sales of more than £5m on eBay, where 80pc of their stock is sold. Their company, Bamford Trading, also trades through Amazon and its own website. The company turned over £1.5m in the past 12 months, with stock shipped across Britain from a warehouse near Ross-on-Wye in Herefordshire. "Amazon and eBay customers tend to be very different – Amazon customers can be more professional, while eBay tends to be people looking for a bargain," Mr Hewitt said. "There is a lot more competition now, and many eBay sellers are professional – it takes a lot of work."

Sewing up the world

Tracey Marshall, 52, was made redundant from her £14,000-a-year job at a call centre two years ago and decided to start her own embroidery business.

She did a three-day course with Prime, which helps over-50s become self-employed. In October 2012 she launched Thread Squirrel, trading through Etsy and Not on the High Street as well as her own website.

"I started with generic embroidery work, like embroidering names on towels, but there was a lot of competition," she said. "Then I started embroidering maps and it has built up from there."

Ms Marshall embroiders world maps and countries on to bespoke bags, cushions, pillow cases, Kindle covers and aprons, with product prices ranging from £10 to £50. She now works in partnership with her daughter, Kathy Marshall, 28, while her mother, Nell Rose, 71, helps out one day a week. Turnover was nearly £35,000 last year and the company now receives about 25 orders a week.

"I wanted something I could do from home," said Ms Marshall, who lives in Pudsey, West Yorkshire. She said: "I have found it difficult selling online – I had to learn everything from scratch. My photographs are not as good as my work, for example, so I have just hired a professional photographer. Either you learn to do it properly, or you hire someone to help."

Geoffrey Rosenbloom, a 77-year-old ex-RAF pilot, has built up sales of about £50,000 of mobile phones and accessories, which he ships worldwide through eBay from his office in Paisley, Scotland. "Finding decent suppliers took a long time, but I am now shipping 400 orders a week," he said.

Mr Rosenbloom owns his own aircraft charter business, and his interest in selling mobile accessories began when he was doing professional aircraft deliveries eight years ago. "I had an XDA mobile phone and, everywhere I went, people asked about it," he said. "So I started buying them on eBay and taking them with me to sell en route. Then customers wanted spare batteries and headsets."

Mr Rosenbloom said mobile batteries were his big seller. "Anybody can get a mobile battery from a high street shop, but I can sell them cheaper with free postage," he said. "I end up buying thousands of batteries at a time." He said eBay changed its systems frequently without informing traders – blogs such as Tamebay can help sellers keep abreast of changes. "I think I'll be happy to continue selling as long as I am fit and able," he said. "The potential for sales is unlimited, but it is hard work to keep on top of it."

Maureen Gilbertson finds the materials for her online jewellery business, The Strandline, walking down Warkworth beach in Northumberland. Mrs Gilbertson, 63, a former bookkeeper, collects pieces of "sea glass", meaning pieces of broken bottles and jars that have been worn smooth by the motion of the waves over many years.

She trained herself in jewellery making using YouTube videos, and started selling necklaces online in November 2010. Her pieces range in price from £18 to £85 and she now sells about 300 pieces a year through Etsy. "I could make a living from it, but I like to travel so I don't do it full-time," she said. "I source the silver online from two suppliers, and I source the pebbles and sea glass myself from Warkworth beach." She sells the pieces overseas and in the UK, taking each item to her local post office as soon as an order comes through. "I love collecting the sea glass, and I love seeing the finished necklace," she said.

"I think if you research your market, you should be OK. If you are going to join an online marketplace, make sure your photographs are good and build up a good inventory."

• Choose products that you understand and can source reliably

• Don't try to be the cheapest

• Read all the blogs: Tamebay, The Last Drop of Ink, eBay community boards

• Communicate with your buyers

Day 5 - I don't know whether this is all in my mind, or perhaps the stress of having to remove a diet patch from my manly navel (ouch) on a daily basis has got to me, but after 5 days of patch wearing I have lost over half a stone!! Wow!

Day 12 - After 2 weekends of house visitors, involving much merriment and drinking and eating party food, thanks to the Slimline diet patches, I have remained at below 14 stones, thus meaning that I have lost a steady 14 pounds, weight loss, in less that two weeks, just from the diet patches!!! No more exercise than usual, no special meals. Just the power of the diet patch. Utterly brilliant. More than that is the general feeling of being 'smaller' which makes me want to 'help out the patch', with a bit of cheeky exercise. Momentous!

Day 16 - World cup football has taken it's usual Toll on my mood (same old Eng-er-land), my life in general, but not my weight! Normally I would have put it all back on by now, but still holding fast. Have promised to 'help the patch' after the Final. :) #football #worldcup #diet

Look on the palestren ebay shop for a full selection

Day 30 - And so the #World Cup is over! My wife is very happy and my days of overeating, smoking and drinking copious amounts are over (for the time being!)

Having spent the last 6 weeks or so eating and drinking to my hearts content I STILL remain under 14 Stones. I even forgot to use the patch a couple of times!

So now it begins, my summer of sense and sensibility. I'll be keeping the blog up to date and reporting my progress as I attempt the sub 13 Stone challenge! Hmmmm.....#dietman

Stage 1 was to fix the child seat to my (no longer) cool city bike. See ya later! :)

Health, Beauty and Lifestyle Accessories
All prices inclusive of VAT @ 20% to UK buyers

Well I tried to tell you so (yes I did), But I guess you didn't know,As the saddest story goes,Baby, now I got the flow,'Cause I know it from the...

Diet Day 30 - And so the #World Cup is over! My wife is very happy and my days of overeating, smoking and drinking copious amounts are over (for the...

eBay for a living: how to trade successfully online

Who doesn't dream of quitting the daily grind and turning their favourite hobby or passion into a flourishing business? Online marketplaces have sprung up to make this a possibility –...

We promise to only send you good things.